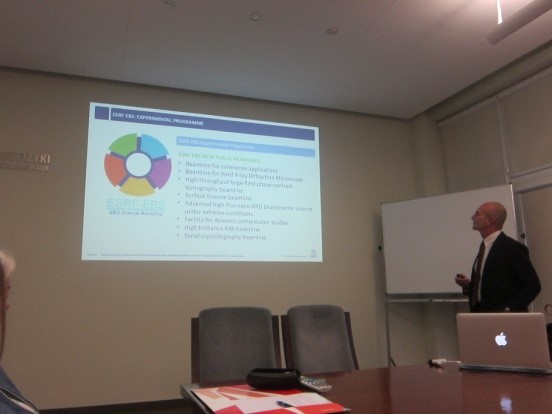 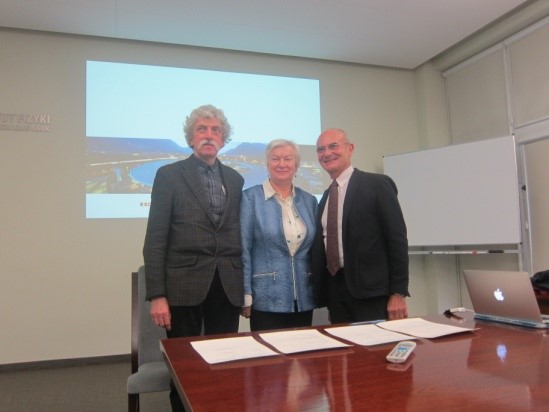 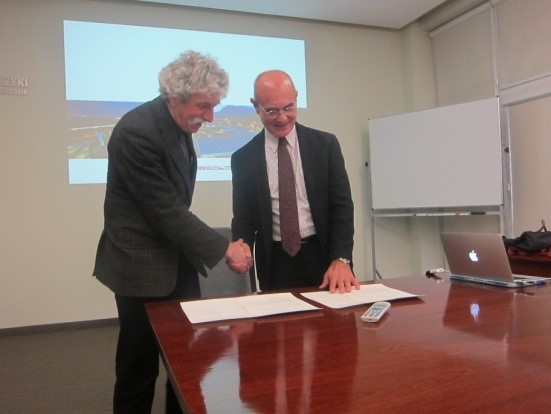 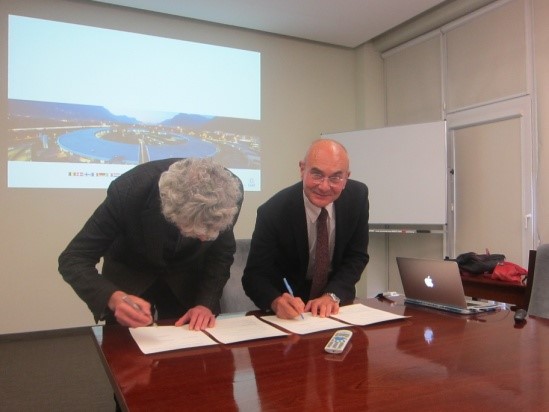 The meeting was attended by the IF PAN Director, prof. Roman Puźniak, Executive Director of ESRF Dr. Francesco Sette, Secretary of the ESRF Board Itziar Echeverria, Scientific Director Tomasz Sowiński prof. IF PAN and 15 out of 20 members of the Council of the Consortium of scientific units interested in using the European Synchrotron Radiation Center (ESRF) in Grenoble. The signing of the contract was possible after the decision of the Ministry of Science and Higher Education of 6 December 2016 to grant funds to finance the Polish contribution to the ESRF in the amount of 1% of the ESRF budget. Poland is an associate member of the ESRF, which gives scientists affiliated with Polish scientific institutions the right to submit research proposals to the ESRF. According to the ESRF statute, Polish scientists use 1% of the available measurement time. Polish scientists are the authors of 568 publications on research using ESRF, which accounts for 2% of publications produced there. The IP PAS has been the coordinator of this Consortium since 2006. Information on the project implemented at the Institute of Physics PAS in the years 2006-2011 related to Poland’s participation in the ESRF can be found on the website of the Institute of Physics PAS

This information will soon be supplemented with statistics for 2011-2016, when the contribution was not made due to the lack of legal possibilities allowing such a task. In May 2015, the amendment to the Act on Financing Science made this possible. We encourage all interested parties to apply for the allocation of research time. The competition runs until the end of February 2017.

Any cookies that may not be particularly necessary for the website to function and is used specifically to collect user personal data via analytics, ads, other embedded contents are termed as non-necessary cookies. It is mandatory to procure user consent prior to running these cookies on your website.